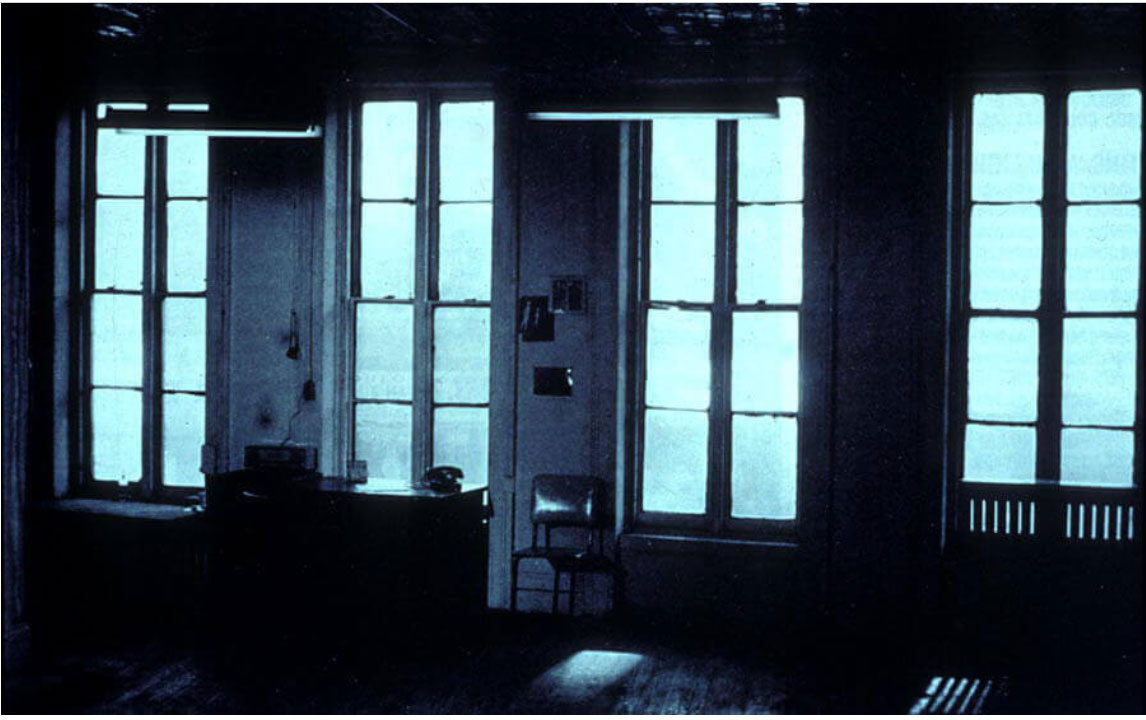 14 Film Experimental Cinema. During our conferences and seminars you often hear us talking about some directors who have marked our path as filmmakers. You have asked us many times so below we listed some experimental and avant-garde films that we have selected for you. This is a short list of authors / films over a period of time from 1930 to 1980.

Today man has discovered that that which seemed simple and stable is, instead, complex and volatile; his own inventions have put into motion new forces, toward which he has yet to invent a new relationship. Unlike Ulysses, he can no longer travel over a universe stable in space and time to find adventures; nor can he solve intimate antagonisms with an adversary sportingly suitable in stature. Rather, each individual is the center of a personal vortex; and the aggressive variety and enormity of the adventures which swirl about and confront him are unified only by his personal identity. The integrity of the individual identity is counterpointed to the volatile character of a relativistic universe — Maya Deren

Puce Women was my love affair with Hollywood, with all the great goddesses of the silent screen. They were to be filmed in their homes; I was, in effect, filming ghosts.
— Kenneth Anger 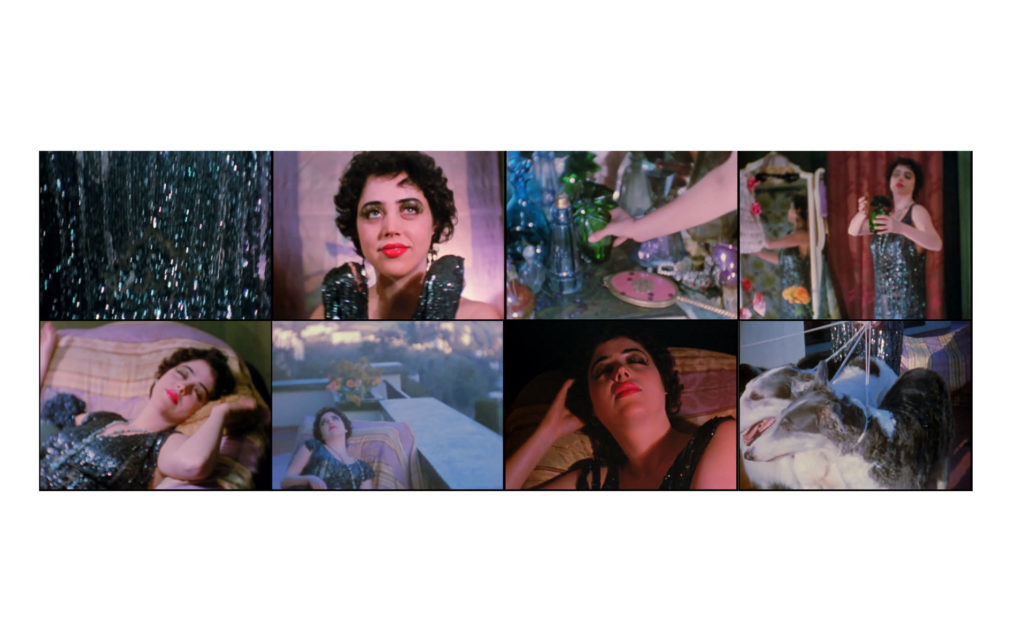 Imagine a world alive with incomprehensible objects, and shimmering with an endless variety of movement and innumerable gradations of colour. Imagine a world before the ‘beginning was the word.’ — Stan Brakhage 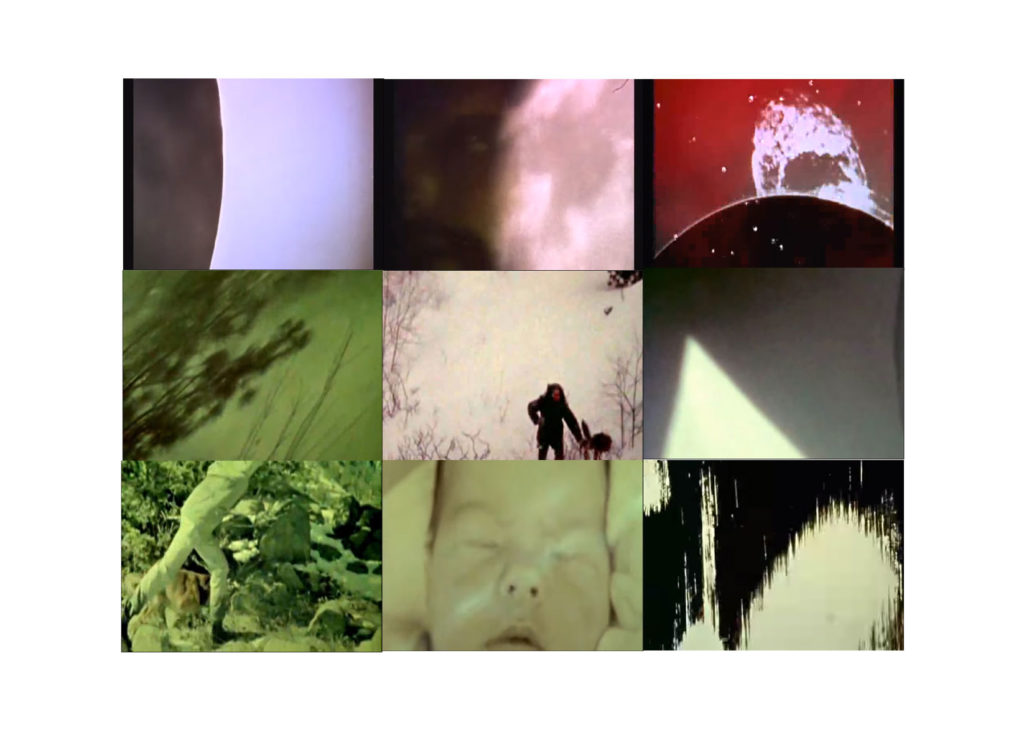 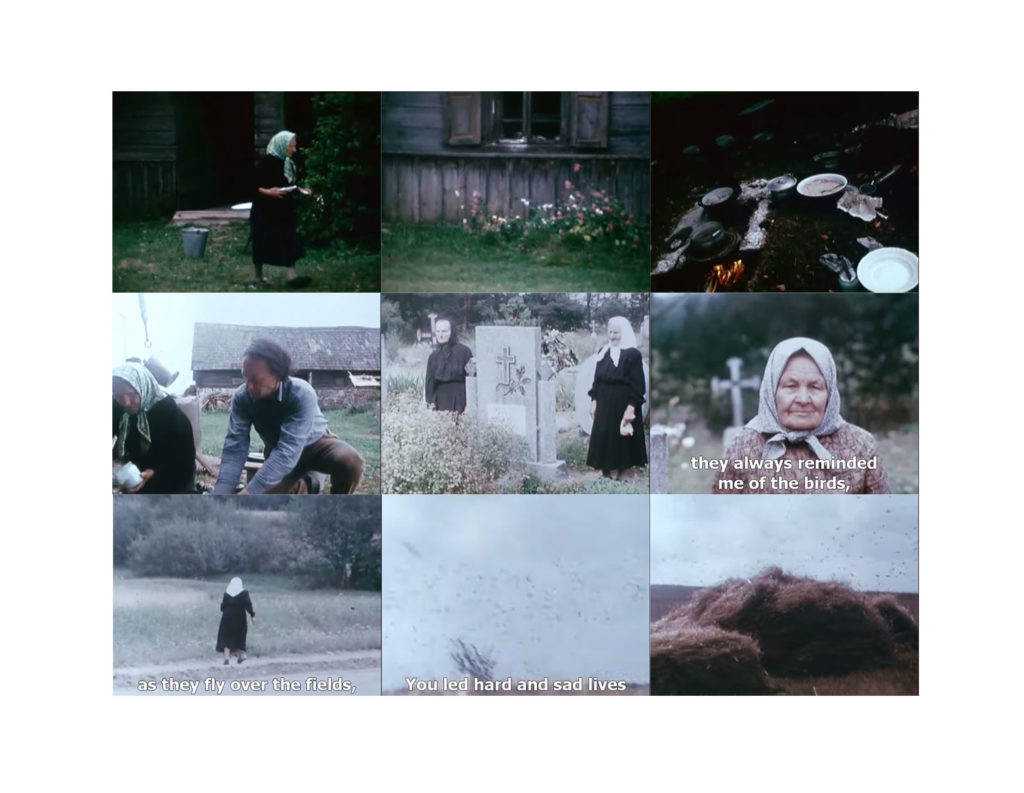 4. I
prowl
and
prowl

lonesome
down
streets
of words,

just
waiting for
someone
to take
my hand
and
lead me
home. — Jonas Mekas

Everything in the world has a spirit which is released by its sound.
— Oscar Fischinger 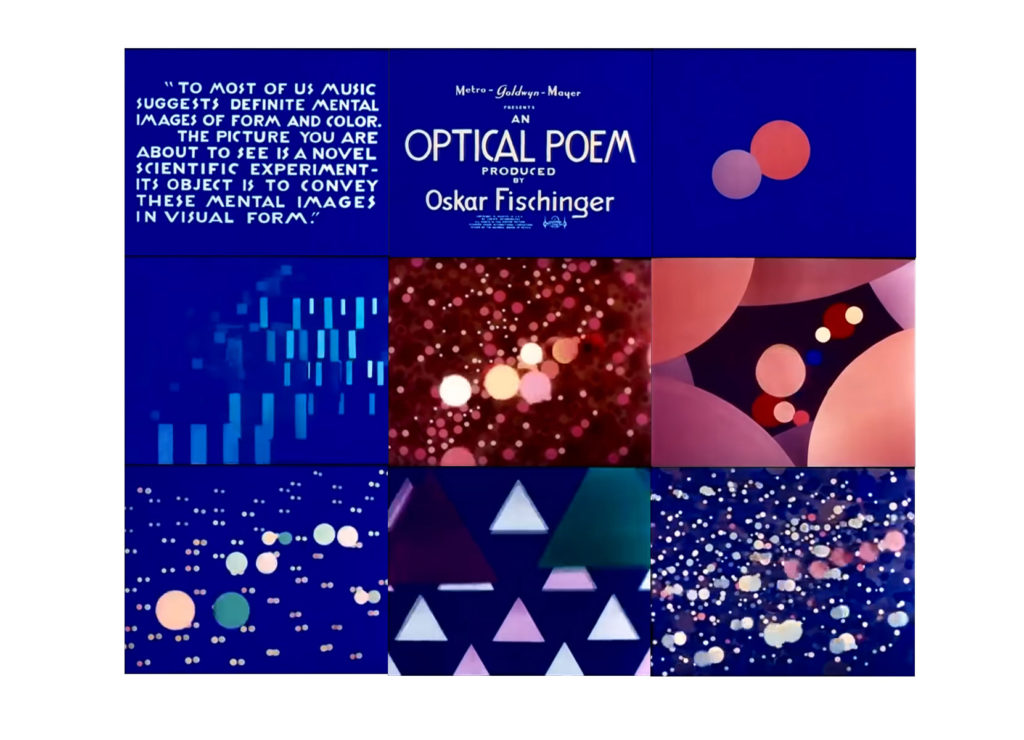 The realization that reason and anti-reason, sense and nonsense, design and chance, consciousness and unconsciousness, belong together as necessary parts of a whole – this was the central message of Dada. — Hans Richter ‘There is no why for my making films. I just liked the twitters of the machine, and since it was an extension of painting for me, I tried it and loved it. In painting I never liked the staid and static, always looked for what would change the source of light and stance, using glitters, glass beads, luminous paint, so the camera was a natural for me to try but how expensive!’ — Marie Menken 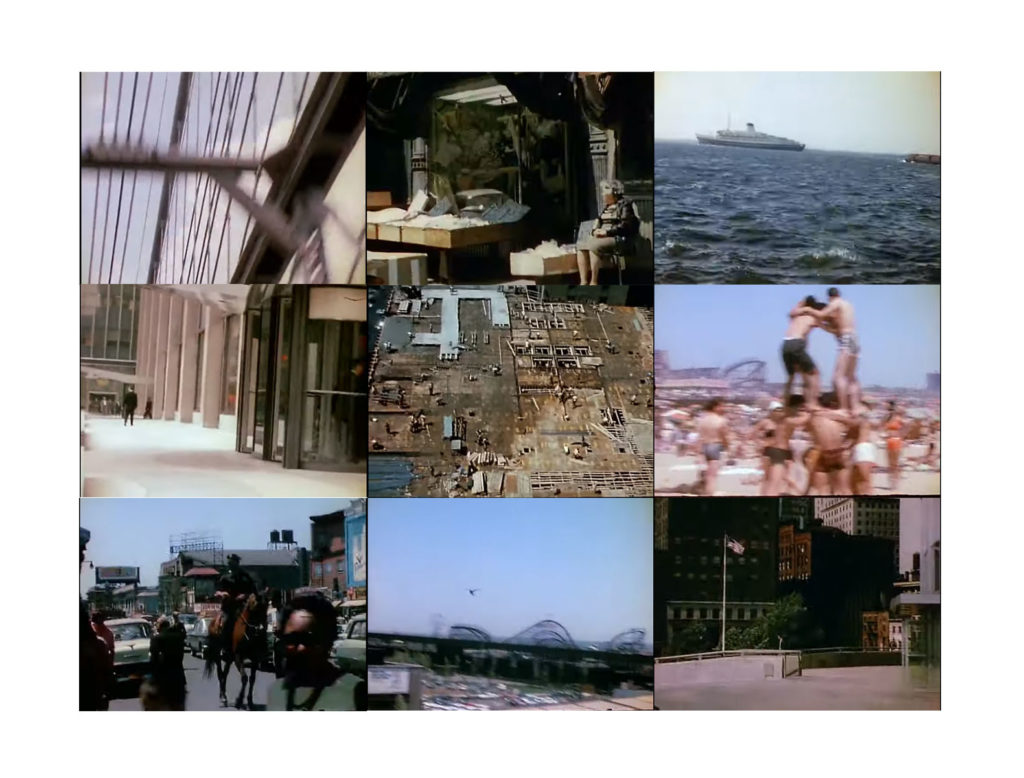 If you look back in history you’ll find that the artist and the scientist are inseparable. In many ways the artist’s work is identical with scientific exploration. The artist is able to focus more in the area of consciousness, but with the same scientific zeal. Yet cosmic consciousness is not limited to the scientist. In fact scientists are sometimes the last to know – Jordan Belson Wavelength is anything but simple, however, as Snow’s statement of intention suggests. He describes the film as “a summation of my nervous system, religious inklings and aesthetic ideas.”1 The spine of the film is its famous zoom from a fixed camera position facing a wall with four tall sash windows.

Over the course of the film, the angle of view narrows until the frame is filled with a black and white photograph of waves pinned up between the middle two windows. Other features of the room, in which four events involving people take place, are sloughed off. The spectator is led to concentrate on this central element, the photograph—it has been there all along—until the image is washed out and the film comes to an end.

“If you take the facts of the retina, the flicker mechanism of film projection,” Paul Sharits wrote, “then you can make films without logic of language.” T,O,U,C,H,I,N,G assaults language rather more directly with its single-word soundtrack (“Destroy”) and the image of poet David Franks holding a pair of scissors to his tongue. In spite of this violence, the film’s blasts of pure color suggest a measure of transcendence in keeping with Sharits’ interest in modeling his motion-picture works after mandala wheels. The glittery images are pure pop. But the flicker effect perforates the viewer’s defenses. – Max Goldberg

This intense, even overwhelming sensorial stimulation was something Sharits frequently wrote about as part of his project in articulating what he called a “cinematics”: the idea that film was capable of reorienting our perception in a way that classical narrative film could never do, because of the latter’s emphasis on spectacular illusion and passive immersion in the narrative events. In this sense, the feature film is merely another vehicle for the delivery of narrative—surely a limited use of the medium. Sharit’s structural films like TOUCHING, however, aim to engender a wider range of spectatorial perception, ideally leading to more ethical, empathic modes of relationality and the processing of trauma.

The latter is especially true for Sharits, whose images, writing, and biography all suggest a lifelong concern with the shattering of the self, both in psychological terms as well as in his images of dismemberment and the radical vulnerability/openness of the body. 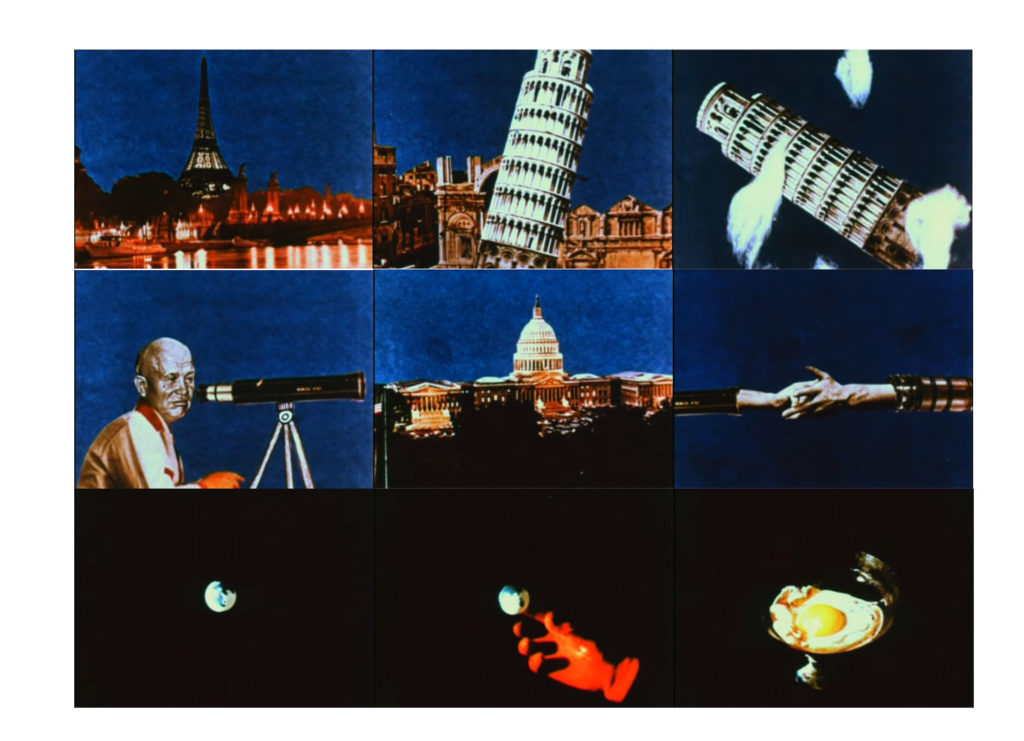 Stan Vanderbeek creates a satirical portrait of the Cold War-era space race in this exemplary film from his early collage animation period. Combining magazine/newspaper cutouts, direct animation, found footage, Oskar Fischinger-esque abstractions, and a smattering of live footage of the artist himself as a mad-scientist, Science Friction offers a gonzo vision of leaders, scientists, and bureaucrats locked a fevered contest to be the first on the moon. With a playfully grim conclusion that predates fatalistic countercultural satire of Dr. Strangelove, Science Friction suggests that no matter who wins, we’re all eventually cooked.